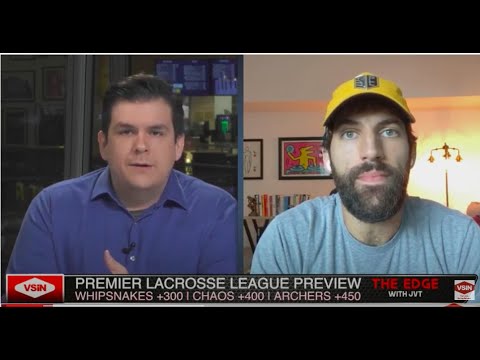 I've got a day off today so I thought I'd round up all the rumours across the internet. I'll keep it short and concise.
I will keep it to the main rumours/rumours for acts taking high slots.
Confirmed/Self Confirmed:
Highly Likely
Highly Rumoured
Likely/Rumoured/Expected.
Lightly rumoured.
Neutral
Don't Expect/Not impossible but not likely.
Ruled out.
​
We have reached a stage where there are a lot 'out' and not much 'in'. I imagine there will be a big shift 2 months from now!
Anything I've forgotten let me know!

I understand there are a lot of people who will love the fact she's headlining. Music is a form of personal expression and opinion, so heck even if your mates' garage band got the spot, there's equally be people buzzing for it, and those hating it.
Anyway, my point is - this article shows her own fans don't know what glastonbury is! Clearly she is not the right act for the audience of Glastonbury?! How she can stand alongside Paul McCartney as a headliner is beyond me. Debate.
https://www.glastofestfeed.com/latest/news/taylor-swift-fans-glastonbury-2020-announcement/

Hey guys! First off, sorry for not recording the charity pledges as of late-me and Mawty have both been very busy with finals, but you guys will get your end of the deal, I promise. Anyway, without further ado, let's get into our band of the week-Arctic Monkeys!
About Them
Arctic Monkeys are an English rock band formed in 2002 in High Green, a suburb of Sheffield. The band consists of Alex Turner (lead vocals, rhythm/lead guitar), Matt Helders (drums, vocals), Jamie Cook (lead/rhythm guitar) and Nick O'Malley (bass, backing vocals). Former band member Andy Nicholson (bass guitar, backing vocals) left the band in 2006 shortly after their debut album was released.
They have released six studio albums: Whatever People Say I Am, That's What I'm Not (2006), Favourite Worst Nightmare (2007), Humbug (2009), Suck It and See (2011), AM (2013), and Tranquility Base Hotel & Casino (2018), as well as one live album, At the Apollo (2008). Their debut album is the fastest-selling debut album by a band in UK chart history, and in 2013, Rolling Stone ranked it the 30th-greatest debut album.
The band has won seven Brit Awards – winning both Best British Group and Best British Album three times, and have been nominated for three Grammy Awards. They also won the Mercury Prize in 2006 for their debut album, in addition to receiving nominations in 2007 and 2013. The band have headlined at the Glastonbury Festival twice, in 2007 and again in 2013.
Arctic Monkeys were heralded as one of the first bands to come to public attention via the Internet, with commentators suggesting they represented the possibility of a change in the way in which new bands are promoted and marketed.
Links to QOTSA
Arctic Monkeys and QOTSA are very intertwined bands. Josh Homme produced their 3rd full length LP, Humbug, at the Rancho De La Luna in Joshua Tree, along with providing backing vocals to the songs All My Own Stunts off Suck It And See, and One For The Road and Knee Socks off their album AM. Homme and Monkeys frontman Alex Turner are also friends outside of their music-Turner has appeared on Homme's Apple Music podcast The Alligator Hour and according to Turner, him and Homme frequently ride motorcycles together.
Their Music
I Bet You Look Good On The Dancefloor
Brianstorm
Joining The Dots
Black Treacle
Knee Socks
Four Out Of Five
Show Them Some Love!
https://www.reddit.com/arcticmonkeys

Another great year and loads of amazing bands but now a long 12 month wait till next year so just for a bit of fun and as the headliner are booked in already lets see who can guess any correctly.
Add a bit info these are the betting odds and looks like someone might be doing a U2
Mine are

Moreso than in years past, it seems like there hasn't been enough chatter about the Headliners.
You have 2 weeks left... if all three aren't on your playlists, please consider adding them. Here's a case for all three:

Hi all,
I've seen some rumours that Coldplay are going to headline Glastonbury, and having secured tickets on Sunday I'm very much hoping this is true.
Does anyone have any thoughts / evidence to suggest that the rumours might be true (other than the betting shops making them the favourites)?

Glastonbury 2019 is set to take place from June 26-30 2019. With all tickets now sold out (the April re-sale’s your last chance, folks), we’ve rounded up all the rumours, confirmed slots and Glastonbury 2020 headliner betting odds revealed. Just to clarify, these are clearly just betting odds and there’s been no confirmation yet of who will be headlining next year’s festival. Glastonbury will return to Worthy Farm for its 50th anniversary in June 2020 but who is being lined up to perform? These are the current odds and rumours Tags: 50th anniversary, betting, Glastonbury, headliners. Categories: News. Related Posts: News In lieu of Glastonbury’s 50th anniversary, BBC launches special pop-up channel to celebrate festival’s legacy; News Despite 2020 festival cancellation, Glastonbury’s talent competition is still on; What was probably the greenest Glastonbury yet just wrapped up, and we’re already looking forward to another round at Worthy Farm in 2020.. Next year marks 50 years of Glastonbury, and rumours are already swirling at who might headline this extra special event — even betting markets are getting in on the action.

Glastonbury 2020 cancelled as coronavirus outbreak worsens, glastonbury 2020 lineup glastonbury 2020 tickets glastonbury 2020 location glastonbury 2020 headl... The PLL embraces sports betting as part of their league and Paul Rabil is both a start and co-founder of the league. Paul gives insights on which teams are favored on the betting lines as well as ... Ben Hutton of the Betting Desk previews this weekend's big race at Doncaster and reveals his idea of the likely winner. Pay Per Head Sportsbook For more information visit us at https://www.PayPerHead.net The term ‘pay per head’ refers to a low, weekly fee that bookies pay for each of their active customers in ... FanDuel Group is a subsidiary of Flutter Entertainment plc, a leading international sports betting and gaming operator and a constituent of the FTSE 100 index of the London Stock Exchange. Loading...