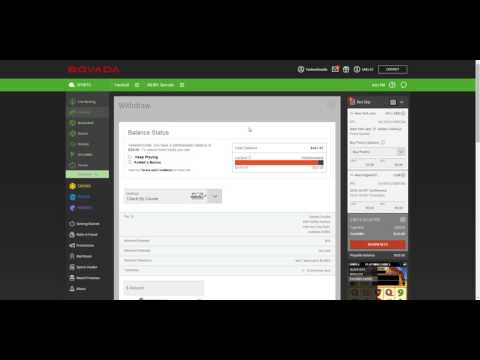 Going through old issues of the Wrestling Observer Newsletter and posting highlights in my own words. For anyone interested, I highly recommend signing up for the actual site at f4wonline and checking out the full archives.
 PREVIOUSLY:
 WATCH: Chyna vs. Joey Buttafuoco - Celebrity Boxing Match (2002)
 WATCH: Fan shoves Eddie Guerrero off the ladder
 NEXT WEDNESDAY: A look at the dismal state of WWE in 2002, Tough Enough II finale, Riki Choshu's departure from NJPW, Dave reviews several new wrestling books, and more...

I will be rating them all according to my personal subjective opinion. Note: It has come to my attention that I fucked up teams that begin with two consonants. Please pretend this was intentional. Thank you.
 Atlanta Sawks - State Farm Arena
This can be pronounced like "Atlanta Sucks". 9/10
 Boston Teltics - TD Garden
Nonsensical, but it's an anagram of Titles C. C is the Roman Numeral for 100, and Boston fans love to talk about how many titles they have, so that fits. 6/10
 Brooklyn Bets - Barclays Center
Brooklyn certainly bet big on their combo of KD and Kyrie. Apt name. 8/10
 Charlotte Sornets - Spectrum Center
I tried to make this one work as a pun of "sore nets" but it doesn't really work. 3/10
 Chicago Uulls - United Center
This one just looks like a complete disaster, but I'm a sucker for double U's. 2/10
 Cleveland Raveliers - Rocket Mortgage Fieldhouse
Ravelier is apparently a surname, and it's pretty close to Revelieria, a genus of Beetles. Very close to slugs, almost a great joke there. 5/10
 Dallas Aavericks - American Airlines Center
Get this Aardvark looking shit outta my face. Also, it looks vaguely like "average", which doesn't fit the decidedly above average Mavs. 0/10
 Denver Puggets - Pepsi Center
I like the word Pugget, but it reminds me of Puget Sound, which reminds me that Seattle doesn't have an NBA team. 6/10
 Detroit Listons - Little Caesars Arena
Liston, as in Sonny Liston, who was a great boxer, but is most well-known for losing to Muhammad Ali. Joe Louis gives Detroit a nice boxing connection, and being well-known for losing fits the Pistons perfectly. 8/10
 Golden State Carriors - Chase Center
The word Carrior reminds me of carrion, and the Warriors have certainly played like decaying animals this year, but it also reminds me of the word carriers. Given the current state of infectious diseases in California, this seems apt. 8/10
 Houston Tockets - Toyota Center
We all know Russ can talk it, and Urban Dictionary tells me that "tocket" is simply a combination of the words "tit pocket." Manboobs joke here. 9/10
 Indiana Bacers - Bankers Life Fieldhouse
I'm glad we no longer see as many of those memes with 🅱️ replacing random letters. I got tired of that one. This reminds me of that. 1/10
 Los Angeles Sippers - Staples Center
Playing basketball means you need to drink a lot of water. There's no place for sipping in today's game. 4/10
 Los Angeles Sakers - Staples Center
Apparently, this is the name of a real Korean basketball team. Unoriginal, find new material, but at least you stayed within the sport. 4/10
 Memphis Fizzlies - FedExForum
Well, it's no Jizzlies, but their playstyle with Ja could maybe be vaguely described as "Fizzy"? Look, work with me here, it's a long list. 5/10
 Miami Aeat - American Airlines Arena
Aeat is a garbage word and I won't dignify it with a review. 0/10
 Milwaukee Fucks - Fiserv Forum
Yes they do. 10/10
 Minnesota Timberwolves - Target Center
Well, that was surprisingly boring for such a spooky team. 3/10
 New Orleans Selicans - Smoothie King Center
Apparently Selican is a software company in Indiana. This bores me. 3/10
 New York Micks - Madison Square Garden
Would fit better in Boston, but I guess New York has a pretty large Irish American population as well. Sell the team, Dolan. 8/10
 Oklahoma City Chunder - Chesapeake Energy Arena
Let us all take a moment to revel in the glory that is the word Chunder. 9/10
 Orlando Aagic - Amway center
Aagic doesn't sound or look good, fuck Amway. 0/10
 Philadelphia W6ers - Wells Fargo Center
Could also be written as "Weventy-Sixers" but the W6 is apparently an iconic model of electric tram from Melbourne, Australia. Ben Simmons was born in Melbourne. Good job staying on topic. 9/10
 Phoenix Tuns - Talking Stick Resort Arena
Tuns, as in, "this franchise has made Tuns of bad decisions". I like it. 7/10
 Portland Mail Blazers - Moda Center
I can't tell if this is a bonfire consisting of letters, or a jacket worn by a mailman. Either way, I like it. 8/10
 Sacramento Gings - Golden 1 Center
"Gings" looks stupid. It's also an unincorporated community in eastern Indiana. I did not need to know this. 2/10
 San Antonio Aurs - AT&T Center
I'm gonna be honest, I spent way more time on this post than I meant to. I'm sure there's some joke with "ours" or "hours" here. Lets all pretend we found it and it's really funny. 7/10
 Toronto Saptors - Scotiabank Arena
"Saptor" is an anagram of "a sport". The Raptors play a sport. 7/10
 Utah Vazz - Vivint Smart Home Arena
Vazz was apparently the name of two different bands. A band from Glasgow in the 1980s, and a modern group/artist from Slovenia. None of this has anything to do with Utah, but at\ they kept the idea of music in the name. 8/10
 Washington Cizards - Capital One Arena
This name means nothing. I'm not sure how to pronounce it. This intrigues me. 5/10

Australia Sports Betting provides tools, data, news and other resources for sports betting enthusiasts. This includes analysis of upcoming fixtures, an Excel betting tracker, bookmaker promotions, forum, online calculators, bookmaker odds comparison, live scores, historical betting data, head to head form guides, bookmaker reviews, bookmaker margin surveys and betting tips. SportsBetting is one of the pioneers of internet betting in Australia. On eternity ago in internet terms, SportsBetting launched all the way back in 1998, making SportsBetting one of the most-established and best loved online betting sites in the country. Taken over in 2017, SportsBetting steadfastly holds to its original core beliefs of no gimmicks, no BS and the simply of best customer Excellent sports betting apps have made betting more accessible. Smartphone betting is the way to go in this digital age. “Australia’s smartphone penetration level sites at 84%- the fourth largest market globally” according to the Deloitte Mobile Customer which means more betting apps can be installed. AFL Round 7 Preview & Betting Tips; NRL Round 10 Preview and Betting Tips; Super Rugby AU Round 3 & Aotearoa Round 6 Preview & Betting Tips; Premier League Gameweek 36 Betting Tips; A-League Opening Weekend- Previews and Betting Tips; Saturday Horse Racing Tips – July 11, 2020; Bookmaker Reviews This section features in-depth reviews of betting agencies that support Australian dollar accounts. The bookmakers covered here are the best of the services previously surveyed. You can view a comprehensive summary of bookmakers that are suitable for Australians in the Betting Agencies section. Full Review Visit Website bet365’s expansion into Australia will be a major…

Is Matched Betting Still Worth It In 2019?

How I got banned from sports betting using arbitrage - Duration: 13:12. INVEST for the future 19,918 views. 13:12. The In-Play Betting LOOPHOLE Worth THOUSANDS - Duration: 12:39. Everyday, both professional and amateur players alike discover the benefits to betting on sports online vs betting on sports with a brick-and-mortar establishment or even a local bookie. "sports betting" "betting baseball" "betting exchange" "betting system" ... MyBookie Review - Sports Gambling Expert Reviews Online Sportsbook MyBookie.ag - Duration: 3:40. IMPORTANT** Matched Betting News Australia Episode #1 The Cash Kings ... 💥To see our Reviews → https://www.thecashkings ... 4 Simple Strategies To Make Money Betting Sports (No Calculations ... If you really enjoyed this video on how to start a sports betting business and would like to learn the skills step by step for building a massive business online, head ove rto my site linked above ...