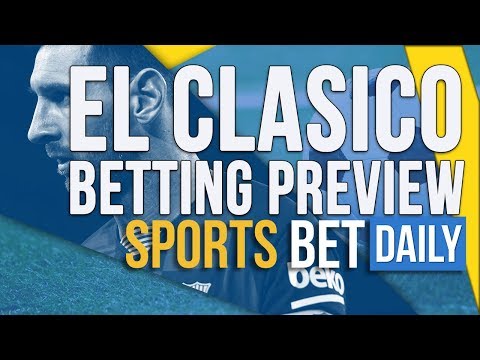 Comprehensive ranking of all Barcelona transfers under Rosell + Bartomeu era

Rant about state of the subreddit

Just wanted to say I really enjoy looking at /soccerbetting daily. But I just wish there was a larger amount of people on this subreddit. Looking ar soccer and lots of club subreddits just makes me see the potential. I wish there was a way to get people not into actually betting to still post on this subreddit because it could be really beneficial and useful for us all. I mean it'd be amazing if daily pick threads and specific match threads had as many comments as some of the posts in soccer. Think about all the insight that could be had if all the people on /soccer gave their opinions as well. Hell even if I wasn't a bettor per se I'd still enjoy as an avid football fan to see the odds given on like a manchester derby that just happened or the el clasico etc.
Thanks for reading if you did, sorry for the waste of time. I just want to make /SoccerBetting an even better place to visit and a larger subreddit.

Sportsbet.io is one of the biggest Bitcoin sportsbooks, which is famous for its attractive betting odds and amazing promotions. This spring 1 lucky user will get 2 tickets to El Clásico from Sportsbet.io
http://bitcoincasino.info/bitcoin-casino-news/win-2-tickets-to-el-clasico-at-sportsbet-io/

For the run in I am gonna make some discussion threads based mostly for our title rivals (Spurs and Leicester) and our top 4 rivals (City, United and West Ham), but feel free to discuss any other teams/games of interest (El Clasico anyone?).
I'll focus on the more relevant teams, so until we lose a game or draw a few, that is gonna be title rivals.

On paper this game is pretty much already won, but Southampton are a side that play better away from home when against the better sides. They are a team that on their day can sit back and defend against anyone in the league and break on the counter with clinical efficiency. They'll need to be on top of their game, but they can definitely upset Leicester on Sunday.
I am cautiously optimistic. My prediction: 1-1

So, one of the few games remaining this season where Spurs will be expected to drop points. Lets pray that Liverpool are firing on all cylinders, as they could very easily inflict a heavy, demoralising loss on our North London neighbours. Or they could roll over and get smashed.
I am backing Liverpool to do us and our GD a favour and win by at least 2 goals. My prediction: 3-1

Bournemouth (13th) v Man City (4th) 15.00 GMT (10.00 EST), Saturday 2nd April Referee: Robert Madley
I have been asking myself if I'd rather West Ham or Man City get 4th place (assuming the top 3 positions are decided) and as fun as it would be to see City miss out on the top 4 it might not be very good for us.
They will undoubtedly be able to attract almost any player that would be willing to join the Premier League because of their money and their manager, and without the distraction of Champions League football they would probably end up walking the league.
Unless their form improves though they may end up completely out of Europe though - 4 points in their last 6 PL games is a poor return for any team that isn't Villa, and a CL tie against PSG means Pellegrini has got some serious management to do if he is to stay ahead of United and West Ham. A couple more bad weeks and they could be facing a battle for 6th with Southampton and Liverpool. My Prediction: 1-2

West Ham (5th) v Crystal Palace (16th) 15.00 GMT (10.00 EST), Saturday 2nd April Referee: Mark Clattenburg
As much as I would like to see West Ham break in to the top 4, for the reasons listed above I don't think it would be good for us.
That said, they are the form team at the moment, and a win could put them in to the top 4 for the first time since October. They would probably already be there if not for a dubious penalty awarded to Chelsea just before the international break.
Crystal Palace are really struggling at the moment, so maybe the international break came at the right time for them, and has allowed them to regroup and get back to their early season form. I don't think that would be enough to stop West Ham though. My prediction: 2-0

Man United (6th) v Everton (12th) 16.00 GMT (11.00 EST), Sunday 3rd April Referee: Andre Marriner
It almost feels bad seeing United so far down the table, and I am sure seeing that is one of the reasons our own board are so reluctant to unsteady the ridiculously steady ship that is Arsenal.
Nonetheless a recent mini resurgence of form, led by their young academy striker Marcus Rashford seems to show a light at the end of the tunnel for United. They host Everton, who have been nothing if not entertaining this season, and I am expecting another great match. My prediction: 1-2 (and Lukaku to bully Chris Smalling for 90 minutes)

One of the last weekends where we should be expecting to make ground on the top 2. Maybe the international break has made me forget the pain of supporting Arsenal, but I am feeling optimistic about this weekend. The table should make for a lot nicer reading come Sunday evening.
Thoughts?
(Any feedback/improvements/criticism/mistakes are welcome!)