Which market is more suitable for a trading-beginner 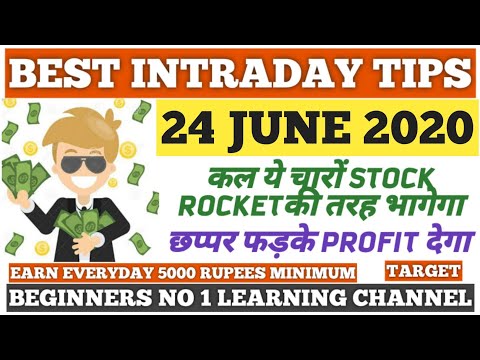 Three ways to play earnings without getting IV crushed

Sup nerds. Tomorrow is my birthday and I’m probably waking up to a nice fat 4 digit red number because I dared bet against a company so badass as to have a one letter ticker. So my birthday gift to all of you is the gift of knowing how to lose money like I do.
If you’ve tried to play earnings with options though you’ve probably experienced IV crush. The stock moves in your favor but you lose money anyway. So I thought I’d give a quick rundown of what IV crush is and some simple strategies to avoid it.
Skip ahead to number 2 if you already know what IV crush is.
(Yes there have been some posts on IV crush over the past few months but as far as I can tell they’re all huge walls of text, don’t give enough clear advice, and aren’t specifically about earnings, so here you go.)
​


1 . What is IV crush in relation to earnings?

It’s easiest to think of it in terms of “expected move.” Implied volatility (IV) is how much of an "expected move" is implied in the current options price. Add up the price of the ATM call and ATM put, and this is how much of a move the market has priced in.
Example: $W today at close:
$134 5/8 call = 11.80
$134 5/8 put = 11.00
Expected move between now and expiration: 22.80
Naturally, after the earnings report is released there will be a much smaller expectation of movement over the remainder of the week, so the expected move will go down no matter which way the stock goes. This is another way of saying IV is going down, i.e. IV crush.
​


2. Strategies to play earnings without getting IV crushed:


b) Sell naked options or spreads

Get on the right side of IV crush. Personally I like to sell naked options, but spreads are good if you are a scared little baby or if your fake broker doesn’t let you sell naked options.
i) ATM vs OTM
I like ATM the best because you collect the most premium, and if the stock trades flat you still win because IV crush works in your favor.
OTM does offer extra protection from the stock moving against you. Keep in mind as you move OTM you are moving toward smaller wins and bigger losses, but also a higher win ratio. Pennies in front of the steamroller.
ii) Spread positioning
Position the outer leg (the leg you’re buying) as far OTM as possible to increase your profitability if the stock trades flat and improve your odds of winning.
Or make it a narrower spread to make it closer to a binary event. If the stock is trading at $134.50 and you sell the $134/$135 put spread for $0.50 (half the width of the strikes), that’s basically a double or nothing coin flip. If you have a high degree of confidence in which way the stock is going, that's pretty good leverage.
​


c) Use options to be synthetically short/long shares

If you want to gamble on direction in a way that is more leveraged than shares but completely free of Greek headaches, this is for you.
To go long: Buy the ATM Call, sell the ATM put
To go short: Sell the ATM call, buy the ATM put
If you buy an ATM call and sell the ATM put of the same strike, your position is exactly the same as being long 100 shares. The greeks from the long and short options cancel each other out.
The same is true if you buy the ATM put and sell the ATM call. Your position is mathematically the same as being short 100 shares.
The beauty, though, is that it uses about half as much buying power as buying or selling shares on margin. Just for example, based on numbers at market close today, buying an ATM call and selling an ATM put on $W uses $3716 in buying power, as opposed to roughly $6700 to buy 100 shares on margin.
ii) If your fake broker won’t let you sell naked options
You can just buy a wide leg. So if you’re going long just buy the ATM call, Sell the ATM put, and buy a deep OTM put. If you're going short, buy the ATM put, sell the ATM call, and buy a deep OTM call.
​
That's it I think. Hopefully someone found this helpful and it wasn’t just a bunch of obvious shit you all already know. I’m gonna get started on drinking some wine and eating some edibles and contemplating how fucking old I am. Feel free to ask any questions or add any thoughts.

Okay I know I;m just 16 and just got started trading stocks and options, but I’m pretty sure your wrong tim. If you bought the option for 1.50 and the stock went up $4.92 from where you bought the option, the option would now be worth $6.42, making you a profit of $492($6.42-$1.50= $4.92 x 100=492) About 462 if you trade with tradestation Binary option refers to an option contract in which the payoff is either some fixed amount of certain asset or nothing at all. There are two types of binary options; cash or nothing binary option, and asset or nothing binary option. Both stocks and options trade during normal sessions of 9:30 a.m. to 4 p.m. EST. Buying risk: When you buy an options contract, whether it’s a put or call option, your risk is limited to the Australian Binary Options Brokers; Canadian Binary Options Brokers . This is a piece of software that works with the chart for the best results. Set the oscillator to show the ups and downs of the asset over the 5 minutes that it is viable. How to Trade 5 Minute Options Wisely Binary Options vs. Penny Stocks - posted in General Area: Several months ago, early in 2013, I read an article written by a penny stock promoter who said that Binary Options are just a fad and will not be with us for long. Where has this guy been? Binary options have been around for years. I believe binary options are superior in every way to penny stocks.