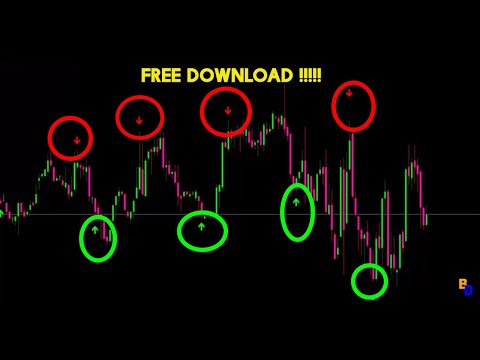 No amount of demo trading will prepare you for live account.

First of all, I'm not against demo trading.
However, no matter the amount of time you spend trading demo, it can never prepare you for living trading. Demo is good for 4 main things:
The number 1 reason retail traders fail is because of trading psychology. Any basic trading strategy like a simple MA crossover can make you successful if you manage your emotions as a trader.
Moving of Stop loss, refusing to set stop loss, letting losses ride while closing profits as quickly as possible are all about problems with your trading psychology and no amount of demo trading will teach you to be better because you are simply not invested in the trades.
People recommend trading demo for 6 months or 1 year and that's simply wrong. We have all been at a point where we even forgot about a trade only to open metatrader hours or even days later to see it in profit. There's no lesson learnt here.
The 6 months or 1 year you spent trading demo would have been worthwhile if you had gone live with $100 and try taking it to $1,000 over a period of 1 year with a strategy.
Don't waste too much time on demo. Find a strategy, backtest it with at least 10 years of data and see if it's worthwhile then move to live.
Trading, like every other career, involves cost and consider that first $100 account (which you will probably blow) as part of your cost of training. Stop wasting time on demo. Trading is probably 10% strategy, 90% psychology. Only live account will teach you about psychology.

So you wanna trade Forex? - tips and tricks inside

Finding Trading Edges: Where to Get High R:R trades and Profit Potential of Them.

Whilst we have a fair few 'novice' posts about TA and Global Macro (aka "Fundamentals"), there aren't too many involving auto-trading. Seeing as I'm in the middle of teaching myself MQL4, I thought I'd throw this out there as discussion prompter.
By "novice", I mean someone who has moved beyond complete beginner ("what's a FOMC and a NFP?") but still not deploying robust and market ready strategies ("how does market structure affect news event response?"), so constructive criticism, informed commentary or taking the ideas and developing them further are very much the point of sharing in the first place. It's not meant to be a showcase of code, because the code is a mess!
This post got me thinking about how relatively trivial it would be to implement a Bollinger Band mean reversion autotrader.
Project Goals
My interest in the project was as a way to begin development of a skeleton EA that would use a custom indicator to implement trade signals. The point of this would be to allow for faster prototyping of visually based autotrading before taking it to the testing environment. The key advantage of this is that you can see on your charts which entries are being missed, something that is much more laborious to do via visual mode in the strategy tester.
Concept Development
So to begin the project, I sketched out the concept.
One way to trade Bollinger Bands is to trade the reversion to the mean. Intuitively, we expect that wider deviations from the mean will result in more reliable reversions to the mean. To explore this we could enter when price breaches the second SD band and then returns back inside it.
Here's the default Bollinger Band on default settings in MT4, demonstrating this sort of behaviour:
http://i.imgur.com/dK2oDO7.png
Prototyping
I want to use the indicator, and not the EA, to generate trade signals, as this is the point of the project for me. Because I'm lazy and grew up coding in basements, I opt to fiddle with the default indicator code rather than build up from scratch.
My first goal is to add two things.
Firstly, I want to add another layer of bands, because I saw a set up like that a while ago and liked it. (This is not a very good reason, and I think it costs me down the track).
Secondly, I want to add in a way to visually indicate the trade signals before we pass them to the EA.
Adding another set of bands is just a copy and paste of the existing bands. My learning point here is that I need to adjust the amount of buffers to match the number of bands I want. This comes into play for adding the trade signal arrows, as they need to go in the same sort of structure as the second lot of bands.
[I know from reading about the project goals in advance that EAs access custom indicators via iCustom(). This function can only receive the contents of one of the first 8 indicator buffers. Thus the idea will be that the buffer that marks out the trade entries on the indicator will later be used by the EA to mark out where entries should be. It's possible this is not the best way for EAs to access custom indicators , so input from more experienced coders is welcome!]

ForexMT4Indicators.com are a compilation of free download of forex strategies, systems, mt4 indicators, technical analysis and fundamental analysis in forex trading. We can also find systems for scalping such as trends, reversals, price actions. Trading on a lower timeframe like 1 minute to long term trading are also imparted here. iCustom Universal Indicator EA is an automated trading method and/or Expert Advisor for the MetaTrader 4 Trading Platform, It was developed especially for forex traders to use with any Indicator to gain more profit and/or Green pips from forex trading, yet also used successfully by many professional traders. iCustom Universal Indicator EA is the best Green Pips Gainer and long-term profitable We shall focus on the main reason why most Forex traders fail to make a profit in the markets despite the abundance of free information through online websites. Trading without a plan A common mistake made by Forex traders who fail is that many of them trade the currency markets without a set plan of action also known as a trading plan . MT4 (or MetaTrader 4) is the most popular trading platform which allows anyone to benefit from automated trading. The hard part was that before the Forex Robot Factory existed, it was tough to create automated trading strategies (a.k.a. Expert Advisors) for MT4. However, now, you can create a bunch of fully automated in just an hour. How cool Forex Strategies - Trading Strategies 2020. Trading forex is strictly bound to economics. This kind of business is not about spontaneous decisions but is a thoughtful and deliberate process. Each forex trader strives to develop a personal forex strategy or just choose one of those that have already proven their efficiency.