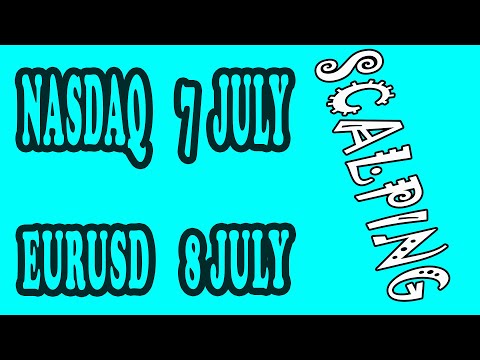 ECON 2020: Macroeconomics, inflation and the Feds

Original post got deleted by the auto-mods last week obviously..
Anyways for all those who use big words like Macroeconomics etc, here is some education which the books don’t teach you.
Lot of confusion here about money printing by Feds leading to inflation etc. While it is true that money-printing can lead to hyper-inflation, but we need to look at it from a more fundamental perspective.
The first most important question to ask what is the currency that is being printed and what is it backed by? This is where we flaunt our huge USD dicks. USD is the predominant reserve currency in the world, countries essentially trust the almighty dollar, which then results in other currencies being backed by some sort of USD collateral. Most respectable central banks around the world have forex reserves in USD to back up not only their currency but also inter country transactions. This is where the Fed can literally have no limits on being jacked to the tits on printing money. Here is where it gets interesting, since most of the securities in the World have dollar as the underlying medium, if the US economy and dollar collapse, that will trigger a financial meltdown like none other virtually shaking the foundation of modern economics.
For more information on Global banking, Fed repo etc, read this well researched post:
https://www.reddit.com/wallstreetbets/comments/fe5s7e/the_fed_repos_are_an_attempt_to_prop_up_the/?utm_source=share&utm_medium=ios_app&utm_name=iossmf
Now one might say hey but that makes it very unfair and it seems like the US fed can fucking do whatever they want. Yes this is correct, they will. because they are the fucking makers of u/WSBGod; they are the WorldStreetBankingGod Therefore the World losing confidence in the dollar is a very weak argument.
For further understanding on why collapse of dollar is unlikely, please read the article below:
https://www.investopedia.com/articles/forex-currencies/091416/what-would-it-take-us-dollar-collapse.asp
Now coming to the meat of the argument about printing money leading to inflation which is partially true but not really, remember QE around the world in developed countries (especially the ones with strong currencies) has never resulted monetary inflation that the economists know of, but asset price inflation (including equity) is a different story. This is where i think there might be a concern of an impeding global financial crisis. Below are the articles which talk about inflation, QE etc
https://www.piie.com/sites/default/files/publications/pb/pb15-7.pdf
https://www.investopedia.com/articles/investing/022615/why-didnt-quantitative-easing-lead-hyperinflation.asp
Asset price inflation is the real danger here and that is why QE cannot be maintained without setting the stage for another, and much bigger and even more magnificent collapse of the financial system, the Big One if you will, and all the real-economy mayhem it would entail.
Now the feds and other central banks around the world have learnt key lessons from the 2008 financial crisis and with the banks now being more connected than ever before in a global economy, everyone will be looking to the Fed to lead them out of the bear-hole when we get to it. I think people really underestimate the power of the Federal reserve and are really autsitic if they think that a bat flu will take SPY to $0. The fact that we are still the most dominant economy in the World coupled with the USD being the reserve currency gives Fed a free hand to print money without any credibility crisis as long as they use that as the last measure to stop the “GLOBAL” economic crisis. Note that the key word here is global, because when the whole world is on fire, nobody bothers much about whether you started the fire as long as you are also the one who is extinguishing it. Another article to help understand this point is the one below:
https://www.ft.com/content/7562d1dc-bbb3-11e5-bf7e-8a339b6f2164
TL;DR: Don’t fight the Feds, they can print money, will print money and will get away with printing money to start the next bull run. Most macroeconomic theories and historical examples don’t apply to the US since we are both the creator and the player in the game. Markets might sell-off in short-term, but long term will go up as long as the Feds and the US government don’t create a credibility crisis domestically and internationally. Don’t go all in on puts, because you be up against a very formidable force in the Federal reserve and the US Government.
PS: I am not an economist but definitely an Autist. I am 10k in various puts and hoping to get out tomorrow when it plunges and sit on the sidelines.
Edit 1: I was in puts till end of last week, this post was made originally a week back. Currently in calls.

Some news you may have missed out on part 134.

Use this link below to download Fuaadhs NEW course, thank me later.
24hr Trading Academy FREE Course : Download Link - Click Here
​
I took the 24hr trading academy course this year, honestly the Lamborghini attracted me, later found out Fuaadh is a Scam.
Looking back at the course, it’s all FREE content that’s available on Babypips.com packaged nicely with a Lambo. Paid £2000, WASTE OF MONEY. His clearly took most of the FREE information from Babypips.com and selling it to people that gets attracted by his Lamgorghini.
FUAADHH IS THE BIGGEST SCAM , Check his Trustpilot reviews, btw he bribes all his students to leave a good review so they can join their premium group for FREE. https://uk.trustpilot.com/review/24hrtrading.academy
SO HERE IS HIS NEW COURSE FOR FREE!!!
The Financial Conduct Authority (the regulator or all financial products including the Forex market in the UK) have published an article on their website warning people that 24HR Trading Academy is an investment scam and should be avoided by the public at all costs. Just Google 24HR Trading Academy FCA and you will see. They are not authorized by the FCA and are targeting people in the UK with activities that need to be authorized and regulated by the FCA.
Fuaadh and his team of yes men are crooks who run an illegal scam operation, providing ‘signals & courses’ and causing investors to lose thousands because of their lies and greed. These aren't the words of just an investor like myself, it’s the word of the official governing body of financial markets in the UK.
If you have been scammed by this fake trader do comment below. Thanks!
Fuaadh the CEO of 24hr Trading Academy – www.24hrtrading.academy
FCA 24hr Trading Academy Scam Report: https://www.fca.org.uk/news/warnings/24hr-trading-academy-ltd
Instagram: https://www.instagram.com/24hrtradingacademy/
Fuaadh FREE Trading Course Link: https://1drv.ms/b/s!AgnbEkGemBP5auopsJZ89_hnvvs?e=PbQYbC

Some news you may have missed out on part 79.

Some news you may have missed out on part 61.

So I am building my first pc. Its primary function will be trading the Forex market. I will be running MT4, with live charts and doing some browsing/research, but not a whole lot else. I intend to run 4 monitors, but would like to capability for 6. After a month of research, I have a good idea of my build. But having no experience, I was hoping someone might have some input.
PCPartPicker part list / Price breakdown by merchant
I decided to go with the mobo because it can run 2 GPUs. My thought was to get the p600(which has 4 outputs) and later add another to get the desired 6 monitors if I decided I had a need. But the p600 doesn't support crossfire. Not exactly sure what that means. I decided on the p600 as it seems to be a better option over a gaming GPU for my needs. Am I correct in this assumption? If not, do you have any ideas?
​
Also, in the compatibility section on pc part picker it says "the motherboard M.2 slot #1 shares bandwidth with SATA 6.0 Gb/s port. When M.2 slot is populated, one SATA 6.0 Gb/s port is disabled." Again, not entirely sure what that means. Will this affect performance in any way? Is there a way to fix this or is it just a feature of the mobo?
​
I intend to order parts within the next few days, so any input on the overall build is also much appreciated. I am kinda flying blind and am open to any/ all suggestions.
Thanks.

Most books about the technical analysis are written in the style 'because I'm an expert and I tell you'.
Are there scientific papers about certain technical analysis methods that are good to increase the probability of hitting the 'take profit' instead of 'stop loss' order when trading Forex, stocks, commodities, etc.? Or only complex fundamental analysis is profitable?
I don't accept anecdotal evidence as valid scientific proof.
How you can prove that certain profitable trader is using sound strategy (it's not profitable because of extreme luck, but because of his skills and strategy)?
There is proof that most portfolio managers are not better than passive index funds (illusion of skill) - this makes very hard to distinguish between luck and real skills. About this problem is writing Nassim Taleb in his books (link to relevant page++typewriters,+and+lets+them+clap+away,+there+is+a+certainty+that+one+of++them+would+come+out+with+an+exact+version+of+the+Iliad.%22&hl=bg&sa=X&ved=0ahUKEwiHmsPSvtPbAhVmJpoKHUogA5wQ6AEIMDAB#v=onepage&q=%22one%20puts%20an%20infinite%20number%20of%20monkeys%20in%20front%20of%20(strongly%20built)%20%20typewriters%2C%20and%20lets%20them%20clap%20away%2C%20there%20is%20a%20certainty%20that%20one%20of%20%20them%20would%20come%20out%20with%20an%20exact%20version%20of%20the%20Iliad.%22&f=false)). TLDR: Survivorship bias.
(I am using the new theme and links look like normal text. Looks like the new css is broken.)

High accuracy "Forex PB Channel Trading System" - This is a complex trading system based on price action method. This is the best trading strategy because Forex.pk is neither a currency exchange company nor it is affiliated with any money exchange dealer so we doesn't offer any type of currency trading or money transfer facility. Forex.pk maintains accuracy by timely updating Pakistan Open Market dollar rates received from various authentic sources for the interest of public. Karvy Forex Private Limited is an unlisted private company. It was incorporated on 11 August, 2003 and is located in Jalandhar, Punjab. It is classified as a private limited company.The company has two directors - Atul Malhotra and Ramesh Kumar Malhotra. As a forex professional for over 20 years, I have been on both sides of the trading spectrum. On one end, as a trader (investing), and, on the other end, as a licensed representative working at online forex brokerages. Having spoken with thousands of traders over the years, I understand the evolving challenges market participants face. FOREX.com is a trading name of GAIN Global Markets Inc. which is authorized and regulated by the Cayman Islands Monetary Authority under the Securities Investment Business Law of the Cayman Islands (as revised) with License number 25033. FOREX.com may, from time to time, offer payment processing services with respect to card deposits through