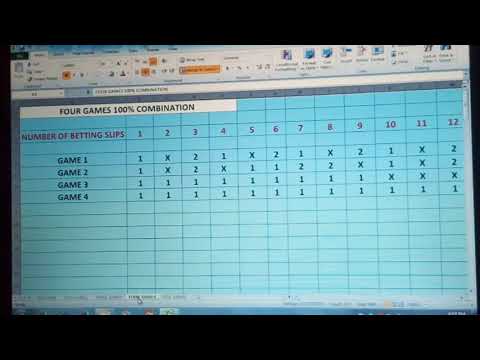 Previous Posts & Full Ratings
Here's the final post of the year, presenting the current rankings in the Whole-History rating system at the end of 2019. I'm looking forward to continuing the project next year and hopefully improving the overall accuracy.
Presented below are the top 15 in every weight class as of December 23rd. With very little activity happening before the end of the year, these shouldn't change much, if at all, before the start of 2020, the implementation is still a work in progress, but far more developed than when I was first posting about it earlier in the year.
Yes, some fighters are going to be ranked in places you disagree with, I can personally point to numerous places where I'd personally rank a fighter differently, but the point of this rating system isn't to take into account every possible detail, it's meant to rank fighters purely based on the wins and losses on their record.
So far the rating system has a historic accuracy of 66% when predicting fights with a rating advantage, which is comparable to betting odds and an improvement on many other popular rating systems as well as not being subject to personal bias like the 'official' UFC rankings.

Thanks to my recent investigation, I can now provide the table below, which, given two fighters ratings, you can calculate the chance of the favourite winning the fight based on historic data. This might make it clearer just how closely rated fighters are at the top of each division.

Some useful caveats for the following lists, just as reminders, I've left individual notes next to tables with some more specific information. I've also marked all current champions (in their respective organisations) in bold;

Make virtual bets on MMA matches and get bragging rights over your friends by saying "I called it!"

Have you ever felt like you know that the underdog will win a fight but everyone else is saying it is a mismatch?
I remember when Holm vs Rousey was first announced and I'd been watching Holm's fights since she joined the UFC. It was called a huge mismatch but I felt like I knew she was not to be taken lightly.
After Holm won, It felt amazing and I wanted to prove to everyone that I called it.
It was right after Holm vs Rousey that I came up with the idea of a website that records your predictions and gives you the ability to prove to everyone that you called the fight correctly.
For the past year, I've been working on IKnowMMA.com. A lot of work has gone into this and I'm currently unemployed, so this project is very important to me and I'm hoping to grow it into something successful that you'll all enjoy.
http://imgur.com/a/p9tgu
From day 1, I created this with /MMA in mind, this is created specifically for the /MMA community and I'm going to do my best to make it worth your while. For years to come I expect to be working to improve the site.
Current Features
IKnowMMA.com is currently very basic, it is designed to be easy to use and very simple to use. Nothing is overly complicated.
Sharing your stats: Right now, you can share an event's URL but you can also share YOUR bets and stats for that event, simply check your profile(Click the button with your name and Bank Balance) and then click the event. You'll notice that you are viewing the event, but your bets specifically. This URL can be shared with anyone and they will see your bets. This is also true for your profile.
The most important aspect of IKnowMMA.com will be stats
I LOVE stats. I want to know who bet the most on an event, what fight is REALLY heavily bet on the underdog, how many users are betting big money on a certain fight, what is the biggest bet loss in the site's history.
All of these stats are really cool to me and I think it would be really fun to analyse historical data from IKnowMMA.com to understand how people are betting and get an insight into improving our betting skills.
Planned features and updates
I need your feedback to improve the site and to fix any bugs so please, go crazy on the site and try and give me things to fix so that the next UFC event will work flawlessly. If you have any questions please use /iknowmma, this post or message me directly.
Disclaimer: This is a functional test of IKnowMMA.com
The current state of the site is that it is a very early version and it needs proper testing and feedback. It should be functional and it should work, however, bugs rear their ugly heads in all manner of ways.
There is always the possibility of some oversight in my formulas and calculations which messes up the stats, so there is a possibility of a wipe for the next event, but if not, then we're good to go and we can start competing on the leaderboards right away!.
By registering your account you agree that you are currently participating as a tester and there may be changes which affect any part of your account.

A betting odds calculator and converter multiplies the stake by the odds to determine the potential profit on your sports betting wagers. Simply enter your stakes and odds, and our tools will tell you how much profit you should expect to receive using American, fractional or decimal odds. Even if your favorite team has a stellar track record and a winning percentage oscillating around 80%, it still doesn't necessarily mean that they will win the next match! Instead of calculating the win percentage, you should use our odds calculator to determine the chances you have when betting on them. Betting Calculator. You can use the tools below to help you with your MMA Betting. This MMA Betting Odds Converter helps you work out what a fighter’s percentage of winning is. I think knowing that is always helpful when you are making your picks. There are a couple of ways you can use this. The simplest sports betting math many punters possess is the ability to convert odds and calculate break even percentages, also known as implied probabilities. After spending years doing these calculations, first on a windows calculator, and later in an excel spread sheet, I finally developed the Online Gambling odds converter you’ll find below. Using our 60% example, we need to check to see if the odds are going to allow us to be profitable if Jones does win 60% of the time in this fight. You can use our betting calculator to check what the odds mean in percentage terms. To break even betting on an outcome that is predicted to hit at a 60% rate you need to be getting odds of -150.