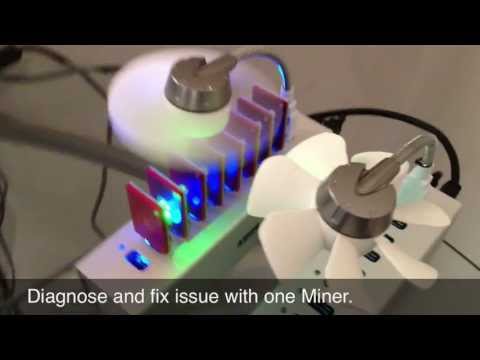 Why Bitcoin is the worst thing for renewables, and good news only for coal: it's inflexible demand

A comment on my blog post about Proof-of-Work from Janne M. Korhonen, who started following this Bitcoin rubbish because of his interest in energy policy.
 Thanks, this is very good explanation. Just one addition: energy researchers around the world snigger at claims made by Bitcoin enthusiasts about how Bitcoin supposedly promotes renewable energy use.
On the contrary, Bitcoin mining is one of the least renewable-compatible industrial processes there are. (As long as we’re not talking about hydro or geothermal, both of which have very specific siting demands and are not really expandable in most developed countries.)
The reason for this is simple. New, promising renewable energy sources, namely wind and solar PV, do not produce steady power like coal plants or hydro stations do. Instead, for reasons that should be obvious, they produce only during favorable weather conditions. In no case do these conditions prevail for more than approximately 45% of the time. (That’s top-end “capacity factor” from very large offshore wind power plants; for typical solar PV, the capacity factor would be from 8 to 15 percent.)
So for the rest of the time, the electricity needs to be provided by some other means. This is THE major problem and bottleneck with renewable energy expansion plans these days: the generators themselves are already relatively cheap, but they produce intermittent power.
Yes, there are some ways these problems can be mitigated (e.g. vast interconnector networks connecting multiple generator sites), but weather conditions tend to correlate over long distances. Night, in particular, tends to fall equally no matter how many solar panels you have installed. Batteries are another theoretical solution, but the RE + battery combo required for steady 24/7 power supply will not win any awards in the least cost energy category any time soon (that is, as long as coal burning is allowed). So one of the main headaches for those of us who are interested in cleaning up the world’s energy system is how to increase the flexibility of demand.
Now in Bitcoin, we have expensive, single-purpose investments in ASIC miners. These investments need to be recouped as fast as possible, because otherwise the miners will become obsolete before they gain even their costs. Who does seriously believe any miner in his right mind would throttle the mining operations in response to power supply?
Yup, none.
Even the old bugbears of inflexible, energy-intensive 24/7 processes like smelting are getting into flexibility act and redesigning their technology to better respond to variable supply. Yet here we have people who blithely claim that adding extremely inflexible demand is great for renewable energy.
Spoiler alert: it’s great for coal.
 Update: He's written it up as a post now:
https://jmkorhonen.net/2018/05/25/bitcoin-is-not-a-good-fit-for-renewable-energy-heres-why/

​
Introduction
The birth of bitcoin led to several hundreds of cryptocurrencies, though the main idea behind cryptocurrency is to secure and anonymous way to transfer currency from one person to another. To further develop this anonymity, Satoshi Nakamoto developed a digital ledger of bitcoins transactions called Blockchain. The digital currency Bitcoin has now taken the world by storm. Despite new innovations and technology of green energy in power sector, the amount of electricity spent in the process of mining bitcoin has essentially become a huge barrier since past few years. Since many cannot afford to buy Bitcoin directly from merchant or individuals, they turn to mining.
The Bitcoin Blockchain has been congested due to the numbers of miners on the network, so therefore making mining difficult. However, mining which is a very popular method of earning Bitcoin requires a higher amount of processing power. The more the processing power you have, the faster the verification of payments. The latest study published in the journal Joule, researched that the entire Bitcoin network consumes about 2.55 gigawatts of electricity currently, and can reach to 7.67 gigawatts in future. The innovation of MINEDBLOCK will help create a unique mining facility which will focus on mining multiple coins from within the top 50 by market cap to ensure maximum revenue for customers to enjoy.
MINEDBLOCK SOLUTIONS AND DISTINCTIVENES
THE MINEDBLOCK TOKEN (MBTX)
The MinedBlock (MBTX) Token is an ST-20 token deployed on Polymath platform on the Ethereum blockchain technology. The token will be run as a Security Token Offering to enable revenue sharing business strategy.
MinedBlock utilizes two different tokens model in the operation model. These are Security Token and Utility Token. The utility token is MBTU which is an ERC-20 Token built on the Ethereum blockchain technology.
USE CASES OF MBTX AND MBTU
TOKEN SALE
Investors will go through KYC to be eligible for the token sales while US investors will have to be accredited before taking part in the sales. The token will also be subject to 90 days vesting period from the date the softcap is achieved.
​
Kindly visit the below website for more in depth knowledge about the project:
Website: https://www.minedblock.io/
Whiteppaer: https://www.minedblock.io/assets/MinedBlockWhitepaper.pdf
Facebook: https://www.facebook.com/MinedBlock/
Twitter: https://twitter.com/mined_block
Telegram: https://t.me/minedblockofficial
Reddit: https://www.reddit.com/MinedBlock
https://www.youtube.com/watch?v=qj9qKmcrTbg
bounty0x.io id : kupabeyi
ETH adress : 0xe6b015ceEb86d7f828DF95E1B595138F14129D5a

The following post by Vertigo722 is being replicated because some comments within the post(but not the post itself) have been openly removed.
The original post can be found(in censored form) at this link:
np.reddit.com/ CryptoCurrency/comments/80mbpb
The original post's content was as follows:

This is the new mining protocol for Bitcoin that supports decentralization, fewer limitations while using ASIC hardware, and allows miners to make their own blocks. Hashrate Auto-Switch Since BTC and BCH share the SHA256 same algorithm, it’s easy to switch between each coin when one is more profitable. Bladetec Raising £10 million To Build Largest Bitcoin Farm In The UK. Located in the Southeast of the United Kingdom, the facility – Third Bladetec Bitcoin Mining Company (TBBMC) – will cover 3,500 square feet divided in three locations in London, Surrey, and Suffolk. The future of bitcoin mining. Since 2015, chip size reduction in ASIC bitcoin mining devices has been slower and less dramatic than in 2013 and 2014. What’s more, since the first bitcoin ASIC miner there has not been a new technology to leapfrog mining efficiency gains in the same way GPU mining had for CPU mining or FPGA mining had for GPU These days, any profitable bitcoin mining is done via computer systems tailored exclusively for the task, professionally called application-specific integrated circuit (ASIC) miners. The most The use of scrypt means that miners cannot use SHA-256 bitcoin mining equipment, and that dedicated FPGA and ASIC devices used for mining are complicated to create. Dogecoin was officially launched on December 6, 2013. and website Doge Weather's" creators Katia Eirin and Bennett Wong request tips in Dogecoin to maintain their website.

Experiment to see what the effects of cold weather on on the efficiency of an antminer s1 bitcoin miner. Best 85~95%new Asic miner BTC BCC BCH WhatsMiner M3X 12TH/S Bitcoin Miner M3 miner With PSU better than Antminer s5 S9 S7 T9 E9 M3 Price: $215.00 Discount: 6% Find the Special Price HERE :: https ... How to Set Up a Bitcoin Mining Rig w/ BITMAIN ANTMINER U2 & CGMiner - Duration: 16:19. ... How to BitCoin mine using fast ASIC mining hardware - Duration: 27:15. BBT Carter gives a quick overview of the BBT GPU Cryptocurrency farm, previously covered few weeks back during a livestream. This farm is roughly 330 mining rigs in 7GPU configurations (some are ... In this video I take a look at Bitcoin mining hardware. I compare the performance and power usage between BFL SC ASIC vs FPGA vs GPU (Nvideo GTX 560 Ti and AMD ATI Radeon HD 8950) vs CPU (Intel ...